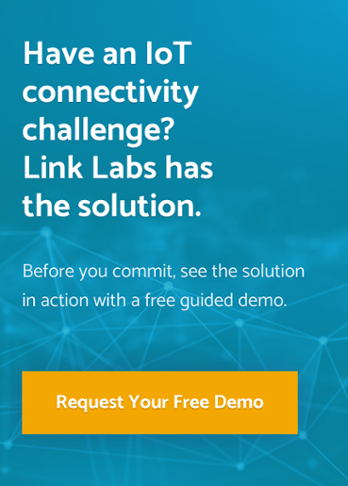 Bluetooth Low Energy—abbreviated Bluetooth LE—was originally branded as “Bluetooth 4.0” when it was created in 2011. Its primary benefit (and the difference from “regular” Bluetooth) is its low power consumption. This is ideal for M2M products, because a single battery running Bluetooth LE in a product could last up to five years.

Bluetooth LE operates in the 2.4 GHz ISM band, like Bluetooth 1.0. That being said, Bluetooth LE has a very short connection time (only a few mS) with a high data rate (1 Mb/s), and then goes into “sleep mode” until a connection is reestablished.

Based on this side-by-side comparison, you’ll find the Symphony has (by far) the best range. This means that the sensors on the grapevines would be able to run for many years on a single battery and still transmit information over several thousand meters. But between ZigBee and Bluetooth LE, ZigBee comes out on top—it achieves better range for this use case.