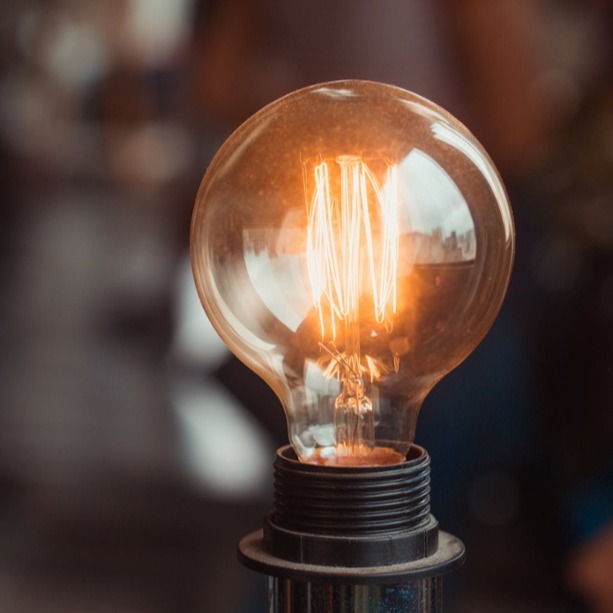 Smart Lighting: Bulbs With A Brain

Office lights that can adjust based on your light color preference.

Home lights that know your patterns and can turn on and off based on that knowledge.

Streetlights that can detect the sound of bullets and alert authorities.

These features are all part of the future of smart lighting—and the creation of new lighting features like the ones listed above is closer than you think. As light-emitting diodes (LEDs) become more common, lighting features in both interior and outdoor settings are becoming more easily connected via the Internet of Things (IoT), thus becoming “smarter.”

According to a market assessment by Strategies Unlimited, half of the residential market will replace their current lights with LEDs by 2022. This is a pretty significant estimate considering LEDs made up only 5% of the lighting market in 2014. As LEDs become more popular, more opportunities for smart lighting become available.

Read More: Smart lighting as a foundation for a smart city

There are two broad categories of lighting—outdoor lighting and interior lighting—and below, we’ll cover how these categorizations are becoming interconnected and intelligent. The future of interior smart lighting will focus on wireless lighting control—getting the correct amount of light to occupants at the right time and in the right away.

Like outdoor lighting, indoor lighting is moving to LED. The fluorescent light replacements aren’t as mature for LEDs—and they are fairly expensive—so there are still a lot of fluorescent bulbs out there (and there probably will be for quite some time). Additionally, fluorescent lights are far more energy efficient than they used to be, which is why LEDs are having a much harder time penetrating the indoor lighting market. For example, right now, if you go to a building and want to replace a light, you pull out the old tube and put the old tube in the troffer. But if you want to replace an LED, you have to remove the entire troffer and put a whole new one in. Or, you have to get a pretty sophisticated LED with a light guide to replace that fluorescent bulb that would give out the same light.

Fluorescent lights are designated by the length in millimeters of each bulb. In the past, T12s existed—they were big fat tubes around 40 watts, and they were extremely inefficient (like an old incandescent bulb). They were replaced with more efficient T8s, which are still used in most offices. T8s are about 35 watts, so they require about half the power usage of the T12s and incandescent bulbs. The new T5s emit about the same amount of light as T8s, and they are between 25 and 30 watts, which makes them even more energy efficient.

The moral here is that smart lighting for buildings is less about shifting over completely to LED and more about the management and balance of daylight and artificial light. It’s important to note that smart lighting doesn’t have to be run by LEDs; as far as smart interior lighting is concerned, it can be categorized as any wireless lighting control system that optimizes the amount of light you use. The advantage to using LEDs is that they’re more flexible, because an LED is simply a chip with a light driver. Since you’re putting a microchip in an LED anyhow, you may as well give the bulb the ability to be addressed. Things like individually-addressed IoT lightbulbs would never have existed before LEDs, and they have brought a lot of changes to the lighting market.

The challenge with smart lighting is that, as with many infrastructure-related things, nothing is upgraded until it gets replaced. So in most commercial buildings, bulbs will stay there until they burn out and are replaced with new ones. But replacement is the perfect time to upgrade any fluorescent and incandescent bulbs to LEDs and other smart features.

Interior lighting is all about the comfort and enjoyment of the occupant, so those are the primary areas where you’ll likely start seeing more technological advances:

The future of indoor lighting is bright. Eventually, lightbulbs will know what people are doing and what their preferences are, and they will be able to respond to those things appropriately. There are several reasons why streetlights can become “smart” fairly easily, because they’re everywhere, they’re relatively stable, and they always have power.

Here at Link Labs, we believe light poles are one of the most ripe applications for low power, wide-area networks (LPWAN).

Use Cases For Smart Outdoor Lighting

Eventually, these smart bulbs will act as gateways for an entire smart city, so other smart applications can piggyback on them.

Lighting The Way For The Future Of IoT

Indoor lighting is all about identifying and meeting the needs of its occupants. This, of course, will continue to grow and evolve. Outdoor lighting is beginning to look very promising as a gateway for smarter, better connected cities. It’s an excellent way to bring a long-range wireless signal down to the ground level, and aid in deeper building penetration and greater capability and functionality. Keep your eye on smart lights—they’re beginning to act as the discreet and unpresumptuous center for smart cities everywhere.