Start by choosing the right network and the right device for the situation.

WITHOUT AN INTERNET CONNECTION, an IoT device is just a "thing" that serves no purpose. Communications reliability tied with security as the top consideration for IoT engineers surveyed by Avnet business unit Newark. We asked experts across the worlds of home automation to global asset management how they connect devices reliably and keep the data flowing.

For starters, channel pros and customers “need to understand the tradeoffs of IoT communications tech like LoRa, Wi-Fi, microcell cellular, and so on," says Bob Proctor, CEO of Link Labs, an end-to-end asset tracking and monitoring provider that processes about a billion IoT transactions per month. 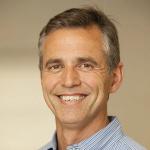 For instance, Gary Russell, owner and president of LiveSmart Technologies, avoids wireless whenever possible for his Orange County, Calif., customers. "We don't want radio frequency interference on the surveillance camera connections to the video recorder,” he explains. “Since we must run power to the camera, adding a cable, or using Power over Ethernet, isn't a problem." This also helps his customers when they manage their system. "Wi-Fi access points generally offer both 2.4 GHz and 5 GHz options, but many cameras only support 2.4 GHz, so users need to be careful." Unfortunately, most users aren't, creating a tech support call.

Connectivity is the biggest support issue for Pocket Geek Home, the support arm of Assurant's smart home protection programs. According to Scott McKinley, assistant vice president of global product development, connectivity issues generate 30% of calls across all the 30 million-plus devices they cover.

"The average device count in our customers in 2021 is 23 devices per household," says McKinley, who must support every device from video doorbells to Alexa to desktop and laptop computers, including smartphones. "Make sure you have the right network speed to support the devices you have," he advises. Clients add a streaming TV and a game system, then wonder why the internet capacity they ordered years ago no longer works well. "Today, the minimum is 100 Mbps, but 500 is better," McKinley says.

Router-based issues consistently produce connectivity problems in home environments as well, McKinley continues. "Get a quality router, which may mean replacing the one your ISP provided.” He also recommends a single, fast router at a central location to improve coverage. “Often, the ISP connection is at the corner of the house, or in a basement,” he notes.

An important word in that advice is “single” to eliminate confusion. "Many customers have two or more Wi-Fi networks, usually accidentally," he says. That's a future support call. Mesh networks, which are coming down in price and will increase Wi-Fi coverage within a single network, can prevent such problems.

For its part, Link Labs seeks better coverage by using "every communications protocol available except NB-IoT, because that's mostly in China. But our radio modules support it, just in case," says Proctor.

When using cellular networks to track assets, careful configuration and design are required, he notes. "Cellular is optimized for where people are, but that's not where people stick things." Warehouses are outside heavily populated areas, and assets with trackers often wind up in corners of a factory or the bottom of parking garages. "We use eSIM so we can find a carrier with better coverage in an area," Proctor says.

For tracking assets in hotels and hospitals, Proctor finds LoRa networks the most reliable and affordable option. "LoRa can cover an entire hotel with one router and one box in the closet."

While network choice is important, so is selecting the right sensors and devices for the application to avoid failure, according to Bruce Collins, senior director of product management at Cambium Networks, a global provider of wireless broadband solutions. Especially in industrial IoT use cases, the sensors "can be in hazardous environments with wide temperature ranges and varying degrees of shock and vibration," Collins explains. "Selecting the right technology for the job, weighing requirements of spectrum, capacity, battery life, latency, and range, as well as terrain, other obstacles, and environmental constraints," is the first step in reliability.

When all else fails, however, McKinley regularly uses the gold standard of network troubleshooting: "Unplug and restart." PR Newswire: Were you using PoLTE? Come to Link Labs!