Top Trends for 2017 in IoT Technology 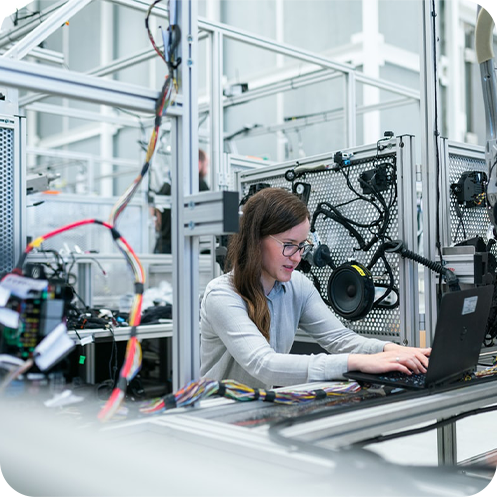 Forecasts of IoT market value globally suggest the IoT at least has substantial momentum. According to market research firm IDC, the space will grow to an explosive $1.7 trillion market in 2020, up from $655.8 billion in 2014.

This represents a wealth of opportunities for hardware, software and service, security and Industrial Internet of Things (IIoT) vendors. Yet, one challenge facing those involved in the IoT, or looking to enter the ecosystem, is keeping up with the rapid pace of evolution in connected technologies. To prepare this guide, Link Labs surveyed the latest predictions about IoT segments to identify top trends for 2017 in IoT technology. These 7 themes emerged consistently and will surely impact market penetration and connectivity collaborations.

Jump to a Specific Section

The Internet of Things is widely defined as the networking of physical objects to the Internet to collect and transmit information about the devices that can be used to optimize services, products and operations.

No two analysts offer the same numbers in predicting IoT market value. Nevertheless, the several studies consulted all agreed that the market is poised to boom.

Let’s consider some of the stats:

A critical factor propelling IoT growth is the ubiquity of connectivity options. With standards protocols and electronics drawing less power, even as the range of network options grows, innovators and entrepreneurs are finding new ways to provide value and reduce IoT costs.

IoT innovators looking for simple connectivity options for their devices encounter a number of options. There are Personal Area Networks (PANs) such as Bluetooth; local area networks (LANs) like WiFi and ZigBee; cellular networks like 3G and 4G; and low power, wide-area networks (LPWANs) like, SIGFOX, Ingenu, Weightless, LoRaWAN™, and Symphony Link (also built on the LoRa™ PHY).

The new Bluetooth 5 standard is rolling out in 2017 promising eight times broadcast message capacity, two times the speed, and four times the range of the current Bluetooth 4.2. LTE-M and NB-IoT are on the horizon, too.

One of the most powerful outcomes of this rebirth of the standard internet comes in the form of data collection. IoT collects, interprets and delivers data from everything in the world, in ways that manual human collection never could. IoT analytics will require new business intelligence capabilities. Gartner recommends leaders:

With some of the IoT technologies not employed elsewhere, it will require new best practices and software to get the best business intelligence out of the big data available.

Can You Hear Me Now?

The “Can you hear me now?” question used to conjure up someone with a cellphone pressed to his ear struggling to find service. Yet, voice communications are evolving at such a rapid pace that audible instructions will soon power home automation in IoT.

As Amazon’s Charlie Kindel, director of Amazon Alexa Smart Home noted, “Voice enables unbelievably simple interactions…Now, the smart home is not just limited to connected devices, but any voice-enabled actions that make life at home easier – whether that’s the ability to request a ride to work, ask for your daily news brief or inquire about the traffic on your normal commute as you get ready.”

Can You See Me Now?

Video-analytics technology will further transform the IoT, according to McKinsey. New applications see machine-learning algorithms enabling cameras to recognize people, objects and situations automatically. The consultancy’s research suggests “demand for video-analytics applications will be greatest in the city, retail, vehicle, and work-site settings by 2020. The most common use cases will involve optimizing operations, enhancing public safety, increasing employee productivity, and improving maintenance.”

Cities are getting smart (and some are getting richer) as city administrators embrace IoT opportunities. In the U.S., Columbus, Ohio was named the U.S. Department Transportation’s Smart City Challenge locking down $40 million in federal funding and an additional $100 million in private funds. Google’s parent company, Alphabet, meanwhile announced plans to build smart cities from scratch.

Schools are getting in on the action too — take Carnegie Mellon University in Pittsburgh turning its campus into a living laboratory to create connected technology affecting education.

Connected cars are also turning the ignition key of IoT hype, with Ford and Tesla among those announcing big investments in autonomous vehicles, and ride-share giant Uber launching trials of self-driving rides. According to Machina Research, the Connected Car sector is predicted to grow to $215 billion by 2022. By 2024, the number of M2M connections in the automotive sector globally will grow from approximately 125 million in 2014, to 1.2 billion by 2024.

Are We Safe? Securing the IoT

Breaches directly exploiting IoT device are currently rare, per Malwarebytes Labs’ SANS 2016 Endpoint Security Survey. Yet this is fast becoming a “viable threat vector.” Look at the Mirai Code hack of unsecured IoT devices that crippled major sites such as Netflix, Amazon and Twitter in October 2016.

The IoT is an “expanded attack surface” providing myriad entry points for cybercriminals. An HP study, for instance, suggested 70% of IoT devices are vulnerable. Security threats range “from software vulnerabilities to denial-of-service attacks to weak passwords and cross-site scripting vulnerabilities.”

Further, “smart dust” is an interesting concern raised by Thomas Pore, an Internet of Things Institute blogger. The thousands to millions of miniature IoT devices, once no longer useful, “could end up in a landfill, still connected, and capable of communicating to the internet via 6LoWPAN.” With a mass of individual devices generating traffic, the discarded devices could compromise the IoT and cause large-scale disruptions.

Monitoring and deploying IoT devices with caution, though, can keep the IoT innovator ahead of the curve and protected.

In terms of actual implementation, IoT-facing companies need to think in terms of services and not products. Too much focus on the next great smart gadget will eat up valuable time and resources. Simple IoT devices, offering the right services, will deliver a much better return than expensive high-tech devices that only deliver a novelty “wow factor.”

Ultimately, people are still at the center of IoT technologies. Without people there would be no need for this IoT network. With this in mind, a focus on implementing services that can benefit the people that drive a company.

Machina Research. (2016, August 1). The Smart City is Open: A White Paper on the Role of Open Systems for the Smart City.

Selecting the right wireless technology for your IoT project or application is a tough process.

Link Labs has experience with wireless technology benefits, drawbacks and range calculations for industrial monitoring, asset tracking, commercial consumables, and a variety of other applications. We're here to help foster and enable your IoT innovation.

What Our Clients Are Saying

“The biggest benefit of AirFinder by far has been the peace of mind that comes in knowing where a customer’s equipment is. It works when you need it to work, and that’s worth everything in this business.”