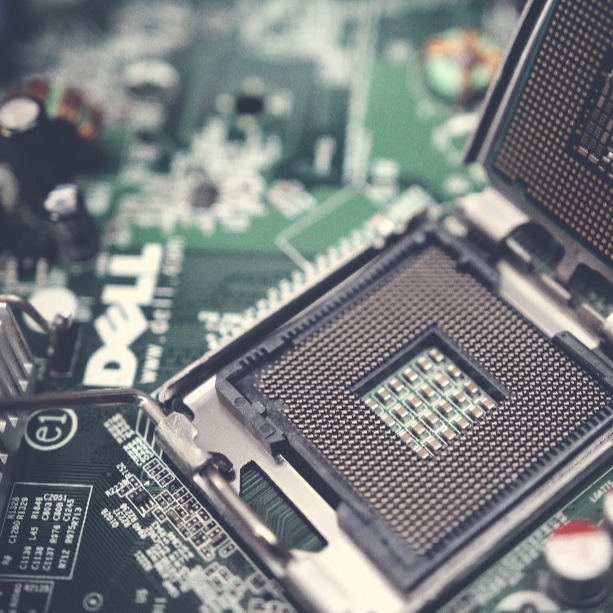 LoRa: A Breakdown of What It Is & How It Works

“What is LoRa?” Whenever someone asks me this question, it’s hard to know exactly how to answer without knowing why they’re asking. That’s because LoRa can refer to more than one thing:

LoRa, essentially, is a clever way to get very good receiver sensitivity and low bit error rate (BER) from inexpensive chips. That means low-data rate applications can get much longer range using LoRa rather than using other comparably priced radio technologies.

But LoRaWAN is different. It is a media access control (MAC)-layer protocol built on top of LoRa, built using Semtech’s LoRa modulation scheme. LoRaWAN, however, is rarely used for industrial (private network) applications. It is a better fit for public wide-area networks because all the channels are tuned to the same frequencies; for single-area use, it’s better to have only one network operating in order to avoid collision problems.

Is LoRaWAN the best wireless technology for your IoT device? Use this free white paper to compare the benefits and drawbacks of several options before you commit.

Because all the gateways in a network are tied back to the same server, it’s the server’s job to decide which gateway should respond to a transmission. In a large network, any given transmission is typically heard by multiple receivers; the server then tells one gateway to respond and the others to ignore the transmission. This process helps avoid downlink and uplink collisions, because a single gateway is transmitting, and the gateways that are overlapping can simply listen for other transmissions. (You can read more about LoRaWAN here.)

What many people don’t realize is that there is a way to use the underlying technology of LoRaWAN—which is LoRa—without using LoRaWAN. Link Labs’ Symphony Link, for example, uses a proprietary MAC layer on top of Semtech’s chips, and has additional features that make it a better fit for enterprises and industrial customers who need a way to securely connect their IoT devices to the cloud. There are plenty of companies out there using LoRa chips for other protocols; all you have to do is seek them out.

The Technical Answer To “What Is LoRa?”

From a technical standpoint, LoRa is a unique (and awesome) modulation format. This video is the best LoRa intro I have found. (Caveat: It is very technical.)

Generated by Semtech LoRa IOT parts, including the SX1272 and SX1276 transceiver chips, LoRa’s modulation format is best described as a “frequency modulated (FM) chirp.” The core IP that enables LoRa is the ability to generate a stable chirp using a frac-N phase lock loop (PLL). Here can read the core LoRa patent. Other modulation formats include frequency shift keying (FSK), phase shift keying (PSK), etc. It is important to remember when asking “What is LoRa?” that LoRa itself does not describe system functionality above the physical (RF medium) layer.

Semtech acquired the LoRa wireless technology through its acquisition of Cycleo SAS of Grenoble, France for $5M in 2012. A bargain!

When processing a LoRa message, additional processing gain is achieved due to the modem’s ability to filter on the constant ramp chirp signal. This is how high sensitivity is achieved. In order to achieve “lock” to the LoRa signal, a long “constant chirp” preamble is transmitted. (See Figure 1.) This is really the power of LoRa—that an inexpensive chip with a cheap crystal can achieve very high sensitivity.

This preamble can be set as a variable number of “symbols,” which are just the number of chirps. As you might imagine, there is no selectivity between a preamble from one LoRa transmitter vs. another. If there is a constant chirp at the right frequency and at the right chirp rate, a LoRa demodulator will listen to it, whether its from the intended system or not. Managing a LoRa receiver system to be agile in the face of regular power interference and LoRa interference is very important, and is a key part of Symphony Link.

Once a LoRa modem has “locked” on to the preamble signal, the end of the preamble is signaled by the “reverse chirp” seen in Figure 1.

Then the data transmission begins, which has a series of “symbols” that function much like M-ARY FSK symbols, but instead happen on a chirp. See Figure 2. 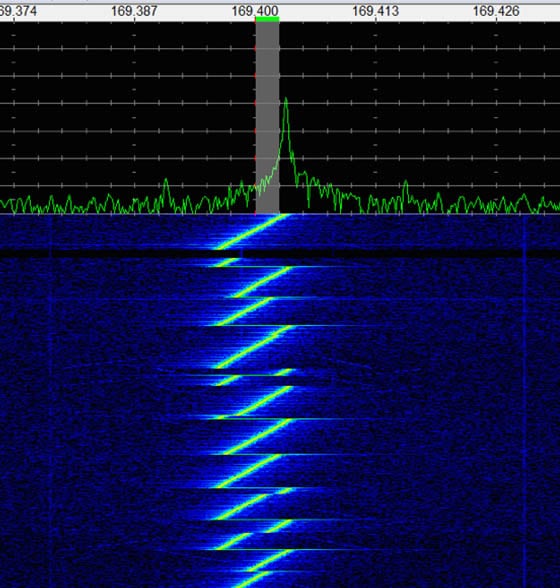 Another powerful feature of LoRa is the ability to demodulate several “orthogonal” or simultaneous signals at the same frequency, assuming they have different chirp rates. In the datasheet, LoRa chirp rates are called “spreading factors,” with higher spreading factors denoting slower chirps. This function is supported by the SX1301 chip from Semtech. All Link Labs gateway systems have the ability to decode many simultaneous LoRa chirps simultaneously, which allows very large networks to be built.

Building such a LoRa network or system requires a tremendous amount of development. Going from LoRa to a functioning wireless system is analogous to going from having a BPSK radio chip to having a WiFi network. The OSI layer 2 and above functions of large networks that include gateways, repeaters, addressing, adaptive data rates, message retries, message acknowledgments, and high capacity OFDM downlink signals are the function of systems like LoRaWAN and Symphony Link.

There has been a movement to standardize the MAC features for LoRa called the LoRa Alliance, of which Link Labs was an early member. The LoRa Alliance developed the LoRaWAN protocol for use by mobile network operators who want to use unlicensed spectrum to communicate with IoT devices in their network.

In contrast, Symphony Link is a standardized protocol developed by Link Labs and our customers who love the range of LoRa, but need a level of performance that is not available with LoRaWAN. It is specifically focused on ITU region 2 (915 MHz ISM Band). LoRaWAN is ideally suited for ITU region 1, where ETSI transmitter duty cycles restrictions greatly limit the role the base station can play in the network.

Some details on LoRaWAN, the LoRa Alliance protocol for LoRa:

Some companies are using the full LoRa/LoRaWAN technology stack in interesting ways such as outdoor asset tracking. For example, Ofo a Chinese bike-sharing company is equipping its bicycles with LoRa devices and wireless radio frequency technology to pinpoint the bikes’ locations. The company currently operates in more than 180 cities in China.

A number of industries are leveraging the open LoRaWAN standard for IoT devices, including agriculture (for irrigation/water level monitoring and pest control), utilities (for smart electric meters, lighting, and energy management scenarios), and building construction (for building door and window sensors and building structural health applications).

There are also plenty of companies doing LoRa-based networks that aren’t LoRaWAN.

LoRaWAN is a great choice for protocol if you want to build on carrier-owned-and-operated public networks. There are many hardware and network server providers competing in this space, so there is a lot of choice—which is a great benefit. But the process of developing and deploying a system around LoRaWAN is quite complex, and it will be challenging if you don’t have much expertise or experience with radio frequency protocols or wireless systems and planning. You’ll also need to think through if deploying a LoRaWAN™ network will meet your needs. In some cases, it could be better to use a custom protocol, where all you have to do is send data to a node that’s already written to connect to the cloud. If you use Symphony Link, for example, we have already done this work for you.

Whatever network is right for your application, development kits make testing and prototyping easier. Here are some dev kits I recommend for getting started with whatever technology you choose:

To get started with LoRaWAN, try this dev kit from Multi-Tech Systems Inc.