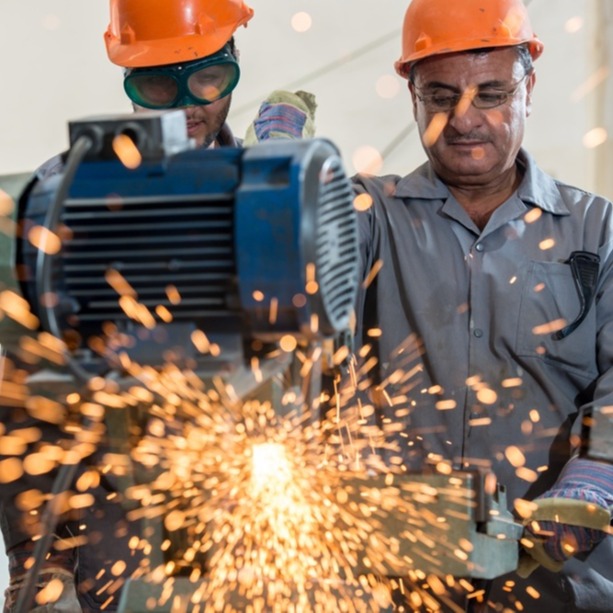 IoT In Manufacturing: An In-Depth Look

Manufacturing, for the majority of human history, has been conducted by skilled workers. In the mid-1700s, the Industrial Revolution ushered in an era during which people and machines began working together to speed production times, improve quality, and otherwise drive process efficiencies. Now, the Internet of Things (IoT)—geared toward asset efficiency, reliability, and availability—is poised to usher in an entirely new way of converting raw materials into products ready to enter the market.

The idea with IoT for manufacturing is straightforward: Manufacturers will make capital investments into technology, which will, in turn, create long-term reductions in operational expenses. Networked machines, sensors, and so forth, don’t make mistakes or require breaks, sick days, or training, and thus offer a reliable and cost-effective way to improve efficiency.

Below, we’ll take a look at three sample use cases for IoT manufacturing, several in-depth IoT manufacturing case studies, and some suggestions on how to handle change management when you decide to integrate an IoT solution at your manufacturing organization.

3 Use Cases For IoT In Manufacturing

For manufacturers that build large or complex assets (such as aircraft components), tracking the components to be integrated can be extremely valuable. While many organizations rely on barcode scanning to track work-in-progress assets, this method doesn’t allow for quick access of a lost part. If you use tracking technology, you can avoid the wasted expense of having to actively track down misplaced parts. It can also be useful for exception reporting, which allows you to find out if a part is in the wrong area immediately so you can remedy the issue.

Some plants and factories rely on expensive tools and gauges for their day-to-day operations. Any misplaced tool could cause delays to the factory workflow, which could have a negative impact on your completion and shipping timeline. Additionally, if your organization uses government furnished equipment (GFE) and is required to be accountable for that equipment at all times, having the ability to track such fixtures can keep your organization out of hot water.

It’s critical to ensure that temperature-sensitive goods, such as vaccines, are handled appropriately during the creation, storage, and shipping process. IoT technology can be used to ensure the components are handled properly and that finished products stay within a predetermined temperature range.

G2 Technologies, which delivers a broad range of process automation and related products, works with an automotive foam manufacturer to use machine vision to better manage product quality. The foam is delivered to automotive manufacturers in 20-foot-wide rolls; the material moves down a line at the rate of 600 feet per minute. It goes without saying that visual inspectors were missing defects, including tears and variations in thickness, during their once-overs. To address the issue, G2 introduced an automated process in which a camera array captures images of the foam. The images were then examined, in real time, for defects, which were cataloged. In addition to gaining a new level of reliability in its production process and turning over repetitive tasks to machines, the manufacturer was able to use the information to offer up products with noted defects at a lower price point.

While the G2 project focuses on how IoT works inside a factory, smart technologies can also help manufacturers diversify into offering both manufactured products and complementary services. IoT firm PTC, perhaps best known for its ThingWorx platform, facilitated this in conjunction with German-based Heidelberg, which makes a range of machinery including printing presses. According to PTC, Heidelberg attributes 40 percent of its sales to services and related transactions. Using ThingWorx, Heidelberg connected some 10,000 machines and 15,000 systems that let Heidelberg remotely monitor and fix issues before they reach a customer.

Download this free white paper to learn about how large-scale manufacturing operations track and monitor materials in their plants.

PTC notes the company can now resolve more than 70 percent of problems remotely. “We can give customers excellent support,” said Uwe Galm, vice president, system service and head of operations. “With the ThingWorx platform, ongoing consultation as needed, and regular function and security updates through PTC Cloud Services, we are well positioned for the future.”

Then there’s what is arguably the ultimate goal of implementing IoT solutions in manufacturing—lights-out factories that require no human touch. FANUC Robotics achieved this with a partner that produces components used in vehicle manufacturing. Specifically, the client wanted to fully automate a machining process so it could run 24 hours a day.

FANUC’s Cathy Powell explained the setup: "The system uses four dual spindle lathes with one robot mounted atop each machine to save valuable floor space. A vibratory bowl feeder connected to each lathe feeds parts to the robot. The robot, equipped with a single part gripper, loads parts into the spindle which reverses work pieces in the chuck for complete machining. A built-in sensor verifies that parts are fully seated into the chuck to ensure accuracy. Finished parts are automatically released to an outgoing conveyor.” The end result is a lights-out process that yields 320 parts per hour—with no need for an operator or monitor on site.

In Germany, the home of Audi, Daimler, Bosch, Siemens, Bayer, ThyssenKrupp, Adidas and many other high-volume global producers, manufacturing is a pillar of the national economy and a huge source of employment. In fact, manufacturing is such an important part of the German economy, the country is pursuing an initiative dubbed Industrie 4.0, which is meant to increasingly incorporate IoT into manufacturing operations to create smart, digitized factories.

The nationwide push is something Chancellor Angela Merkel has been talking up since 2011. Last year, during a speech at the Hannover Messe industrial exposition, Merkel said, “We have reached a critical moment, a point where the digital agenda is fusing with industrial production. This period will determine the future strength of the world’s leading industrial centers.” At a 2014 IT event in Hamburg, Merkel mentioned the lack of major tech companies in Germany, specifically calling out chip production, noting, “The world market is far ahead of us,” but “Connecting digital technologies with industrial products and logistics…Germany has a chance at taking the lead.”

Similarly, manufacturing powerhouse China in 2015 adopted its Made in China 2025 program, which emphasizes manufacturing and transportation as they apply to a number of different sectors of the economy. A major part of this is proactively fighting stigmas associated with goods manufactured in China by aligning Chinese manufacturing with international standards.

To facilitate this, the government plans to provide $300 billion in loans, research grants and other funding to Chinese companies in the target industrial areas. At a recent China Development Forum in Beijing, Minister of Industry and Information Technology Miao Wei said, “In remedying the link between laboratory products and their industrialization, we will focus on innovation in mechanisms and systems, rely on relevant enterprises to combine universities and research institutes, and speed up the construction of innovation centers that specialize in new materials, robotics and other aspects. We welcome more countries, enterprises and organizations to participate in the process of transformation, as well as the upgrading of China's manufacturing industry, and the implementation of cooperation and exchange on different levels and in various forms, so as to share development opportunities.”

How To Handle Change Management When Implementing IoT In Manufacturing

At this point, it’s clear to see that IoT could play an important role in your manufacturing organization. While the technology you select is important, it’s also important to consider how you’ll go about integrating that IoT technology in your manufacturing environment. The question you have to consider is, “How will we get factory or manufacturing-floor employees who have been doing this work for 20-30 years to buy into and see the value of this new technology?” Answering that question can be particularly challenging. To help you do that, take the following two things into consideration:

Questions about selecting and integrating your IoT manufacturing solution? Learn more in this white paper.

Selecting asset tracking technology can be a difficult task. To help make your job easier, we’ve created a resource to show you how the AirFinder intelligent RFID system can save you money and simplify your deployment. In this white paper, you’ll learn about deployment costs, tag costs, security, lot-level traceability, and more. Download it for free today!